Time is running out! 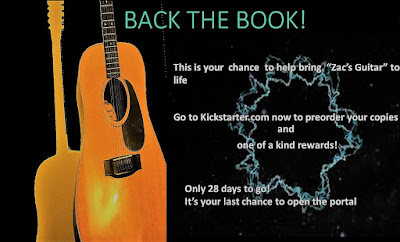 Posted by bonnietaylorauthor at 6:12 PM No comments:

The best thing to do on a rainy Sunday is read so I'm giving away 10 free copies of "At Second Sight" in any digital format selected. Just follow the link to order and enter COUPON CODE: ZB72Z at check out.

At Second Sight on Smashwords
Posted by bonnietaylorauthor at 11:09 AM No comments:

On August 12, I launched a Kickstarter campaign to fund the editing costs of my new book, Zac's Guitar. With 35 days left to go in the campaign, I've stalled at 14% funding and am feeling the stress of potential failure.  Kickstarter is an all or nothing enterprise. If you don't reach your goal, backers don't pay and you leave empty handed.


What does failure mean?

In this case, failure won't mean the demise of my book. I am a resourceful woman with a long stubborn streak and I will find a way. What failure means is that the current backers of my project will be disappointed. They have pledged with the anticipation of a reward, and in most cases, that reward includes a book. If I fail to meet my funding goal and launch the book at a later time, they would need to reorder a copy from another channel and that may be too much to ask of some of them. They were taking a chance on me and may not do that a second time.
The last thing a budding anything wants to do is turn off their audience before they've even sampled the product.

What can I do to regain traction?

First, I asked myself, "Did I assume that my backers were familiar with Kickstarter? The answer is yes. I expected my potential backers to understand the Kickstarter process and to know what it was. I discovered later, many were clueless. They saw links and figured I was sharing a way to buy my book. That's all fine and well, except they didn't act with the sense of urgency that was needed due to the deadline. Once I made this realization, I posted the why, how, and basic premise in my social media and saw about a 5% increase in funding.

Next, I asked myself if my potential backers knew what the funds were for. There's a difference between asking for presales and asking for help creating your project. I had to explain why my goal was so high, and that's a tricky one. You see, you know how much you need to finish your project, but you have to set your goal based on the cost of purchasing your reward items and paying the two fees that will be charged by Kickstarter. One for hosting your campaign and another for processing your payments. Then, there's the cost of shipping. Your backers pay to have the rewards shipped to them, but you have to ship them to you first. I can't drop ship an autographed book. I need to have it in my possession in order to sign it.

Next, I asked, did I reach out far enough to find backers or did I rely too much on my close acquaintances? I figured out that if every one of my Facebook friends pledged $15.00, I could more than fund this campaign. The problem? To date, less than 10% of my Facebook friends have made a pledge at all. If you're surprised to hear that, don't be.  Not everyone wants to help you succeed. That was a tough lesson to learn.

I've now reached out to Facebook groups, Twitter followers, and Google + followers. I'm going to be a guest on a podcast, and have sent releases to local media outlets. I'm even planning to mention the campaign at my local library and have put updates on my Goodreads author page.

It's not over yet

I have 35 days to go. Many campaigns only run for 30 days in total so I still have time to regain my momentum. At this point, I need to average $110 per day to meet my goal and I averaged $100 per day for the first 12 days of the campaign. I'm trying to remain hopeful and to be strategic in my efforts to maximize my chances for success. Wish me luck and if you too would like to pledge your support, go here: https://www.kickstarter.com/projects/bonnietaylor/zacs-guitar-a-not-forgotten-book-by-bonnie-j-taylo?ref=user_menu

Posted by bonnietaylorauthor at 6:28 PM No comments: 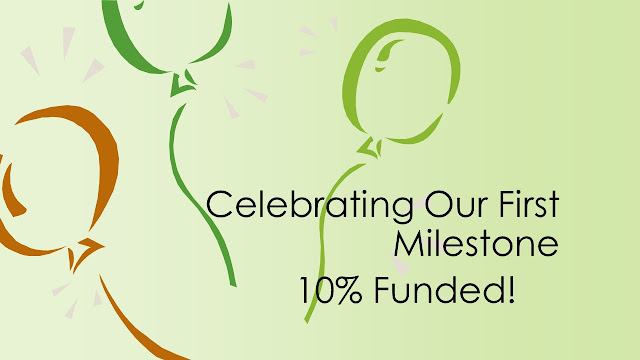 Posted by bonnietaylorauthor at 4:57 PM No comments:

My Latest Article on Hubpages

Incorporating Plausibility in Paranormal Writing
Posted by bonnietaylorauthor at 3:00 PM No comments: 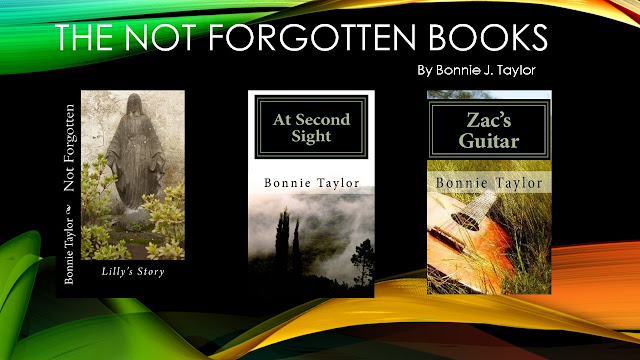 Posted by bonnietaylorauthor at 6:38 PM No comments:

Email ThisBlogThis!Share to TwitterShare to FacebookShare to Pinterest
Labels: being a successful writer, being a writer, Books, paranormal books

Posted by bonnietaylorauthor at 6:31 PM No comments:

My Kickstarter campaign to fund editing and release of "Zac's Guitar" is live. Stop by and show me some love!