Busy working on short pieces for anthology submissions. I completed and sent off three this week. It's a nice change of pace. My brain just wasn't ready to complete the third book yet and I needed to keep writing so what better way to do that than to develop short stories that can be completed in a day or two, start to finish. Now, let's see what the rest of the world thinks of them!
Posted by bonnietaylorauthor at 7:20 PM No comments: 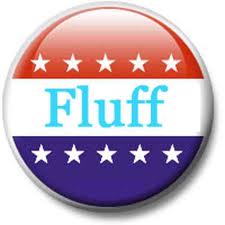 I completed a short story for submission to an anthology today. When I finished the first draft I realized that I had gone over the maximum word count per the guidelines. I'm not sure why, but I convinced myself that it was 5000 words when it was actually 4000. I cut roughly 700 words from the story and thought, with this limited word count, the story will surely suffer from the loss! When I reread it, however, it was a much cleaner, crisper, better organized piece. It's funny how well you can identify and erase your "fluff" when you have to! It was definitely an eye opening exercise for me, anyway.
Posted by bonnietaylorauthor at 8:25 PM No comments:

I grabbed a free copy of Jeff Goins e-book today. I think that most independent authors are already familiar with the tips that Jeff outlines but this little e-book is very well written and I appreciated seeing that Jeff, like me, had experienced much of the same self-doubt and struggle. Grab a copy if you like.

Jeff Goins You Are a Writer (So Start Acting Like One)
Posted by bonnietaylorauthor at 10:01 PM No comments:

Excerpt from At Second Sight Chapter 8

Once grounded, she shone the light on the water again. There was a slight disturbance on the surface and both Thomas and Katie strained to see what was moving below. Almost in tandem, they both jumped backward. Katie lost her foothold and her tennis shoes made a sudden splash. The things in the water responded to the disturbance with a blood curdling scream and splashed aggressively as they made a hasty retreat further away from the bank. Katie regained her balance and more composure than Thomas would have thought possible and shone the light out on water but there was nothing there to see.

Thomas couldn’t believe what he had just seen.  They were close enough to the surface to be seen clearly.  There in the marshes of Bear Willow State Park were pale, grey faces in the water. Based on their fierce reaction to light, they were probably not apparitions or living people but whatever they were, they had human facial features and made human-like sounds and their cries sounded more like shrieks of pain than from fear as if the light could somehow injure them.
Posted by bonnietaylorauthor at 6:33 PM No comments:

Price Break on All E-Books

Beginning tomorrow, June 18, 2012, you can purchase all of my titles in any digital format for 99 cents each. This price drop is in celebration of the upcoming release of book three of the Not Forgotten Series, Red Door. Hope everyone takes this opportunity to read the first two books!
Posted by bonnietaylorauthor at 7:50 PM No comments:

Here is the trailer for At Second Sight

This is my first time at this and I think I did a fairly good job. Not a big fan of tooting my own horn but marketing is the business right?
Posted by bonnietaylorauthor at 4:45 PM No comments:

Red Door - A Not Forgotten Book

With two other projects in the works already, my character Jack Bronson from At Second Sight started calling for his installment of the Not Forgotten series to be written so he now has an introduction and a first chapter. I'm excited because, unlike Not Forgotten and At Second Sight, Red Door will witness paranormal activity from the perspective of a non-sensitive.  This will be a first for me but I feel like Jack was well introduced in At Second Sight and readers may already know him well enough to trust his intuition.
Posted by bonnietaylorauthor at 7:33 AM No comments:

Zombies and the CDC 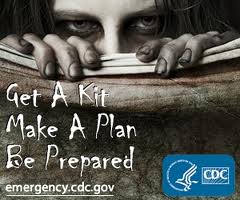 On the heels of several gory news stories, the U.S. Centers for Disease Control have issued a statement with regard to a rumored zombie apocalypse. According to the CDC, they know of no virus with the potential to reanimate the dead or one that would present with zombie-like symptoms.  Ordinarily, reading a statement like this from the CDC would make one chuckle at the ridiculousness of it all but due to the immense power of the internet, the rumor that the Miami face-eating man and his newsworthy counterparts are signs of an impending zombie outbreak has quickly become the “next big thing”.

Whether it’s a zombie virus or simply viral zombie stories, one thing is for certain, zombies have become a top trending topic on search engines and social networks like Twitter. With the immense popularity of AMC’s The Walking Dead and zombie apocalyptic video games, zombies are the new vampires in America and by the same token, everyone wants to jump on the band wagon and get a piece of the action.  Everyone, including the CDC, has used the zombie craze to ignite new fires on their own agendas and this CDC statement may be aimed more at damage control for the organization than to alleviate the growing concerns of the public.

In 2011, in an attempt to get the attention of a zombie crazed nation, the CDC released a media kit that included several posters, buttons and widgets depicting zombies and including statements like; “Get a kit, Make a plan, Be prepared”. Another key piece of literature in the kit is a novella entitled; “Preparedness 101: Zombie Pandemic”. The CDC claimed the campaign was all in good fun and was intended to educate the public on natural disaster preparedness stating, if you’re prepared for a zombie pandemic, you will be prepared for any type of disaster. The CDC could never have anticipated that rumors of a zombie apocalypse would go viral just one year later and some at the CDC may be concerned that this “all in fun” media campaign may come back to bite them and infect them with the unemployment virus.
Posted by bonnietaylorauthor at 9:48 AM No comments: