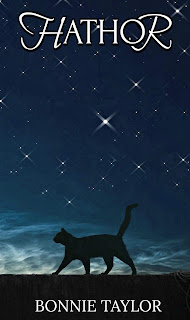 If you've read "Not Forgotten - Lilly's Story", you know Hathor is Mrs. Dean's mystical cat. She was sent to protect Lilly from the dark spirits and convinced Mr. Roberts that there is life after death. You may not have noticed, but Hathor also made an appearance in "At Second Sight". She was the cat that appeared at Jack Bronson's door.

On this page, I will provide updates on my works in progress. Let's hope Hathor is a worthy muse! We have a lot of books to write!

So, I've been experiencing pain in my lower, left leg for several months and finally took the time to see the doctor. It seems that some time ago, I fractured my tibia and had no idea. This injury, (and walking, standing, etc on an untreated fracture) caused some other issues to develop. First, swelling and trauma to my Achilles tendon and second, a blood clot in my ankle.

I've been treated for the blood clot and was advised to take meds and stay off my feet for a few days. Now, here I am with all this time on my hands and an unfinished manuscript. Sounds like the ideal situation for a busy writer, right? Ha! No!

It seems my muse has gone on strike. Perhaps she's out bar hopping or singing karaoke? I don't know where she is, but she isn't here whispering fantastic scenes and epic battles in my ear! Maybe it's the medication, maybe it's the stress of being a doer who has to ride the bench. I don't know but I have a severe case of writers block!

How does one clear the blockage and get the creative juices flowing again?

For me, it's doing this! Writing a diary post. Writing an article. Writing a short story. Fleshing out ideas for another book. Basically, writing anything that isn't the story that I'm stuck on.

As a writer, I have a pretty active imagination. I'm also pretty good at pretending. I feel I have to point those things out before I write the next bit. I'd rather you all think I'm silly than think I'm crazy!

Maybe as I write other things, the people I've created in my head get a tad jealous or maybe the book that want's to be finished finds it's own way to realign my focus. Whatever the reason, writing something else almost always redirects me and gets me moving on my novel again.

Sometimes breaks are necessary. Without them, the writing is forced and unbelievable. If the writer doesn't feel it, no one who reads it will feel it either.

Okay, rant over but if you happen to see my muse, (9 inch tall red head with pointy ears and a thesaurus), send that girl back home! 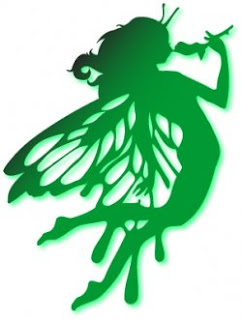