I Watched The Haunting of Bly Manor (No Spoilers)

The Haunting of Bly Manor is a 2020Netflix horror series created by Mike Flanigan and loosely based on the Henry James work, "The Turning of the Screw". The series follows the success of The Haunting of Hill House which was a Netflix adaptation of Shirley Jacksons' work and stars several of the same actors.

As a paranormal author, I take my horror very seriously. I am rarely scared, so it's no surprise that nothing in the series disturbed my senses but that doesn't mean that it didn't chill me a bit.

At the end of the series, one character remarks to the narrator that the story isn't really a ghost story. She tells her that it was a love story. The narrator replies, "Same thing, really." and that's the true hook of it. The look, the feel, and the storyline are very much in tune with a gothic romance.

I chuckle a bit when I see headlines stating that "viewers are having trouble sleeping after watching the series" or that the show rates high on the Scare Meter but speaking with one of my less horror desensitized friends, I was told that she didn't want to watch the show alone.

For my part, I thoroughly enjoyed the series. It was well written with poetic narration and camera work that didn't miss a beat. The cast was exceptional and the story sucked me in until the end.

Like Hill House, there are hidden ghosts interjected in to scenes of otherwise typical human interaction. This adds another level to the viewing experience but can serve to distract the viewer. After the third episode I conditioned myself to not look for the ghosts and focused on the story realizing that I could always plan a ghost hunt on a re-watch.

If you haven't checked it out, it's definitely worth a watch.

Author of The Haunted paranormal series of short fiction

Posted by bonnietaylorauthor at 9:59 AM No comments:

I've been quiet during this pandemic. Possibly, too quiet, considering that it's my connection to you that allows me to do what I love, but, honestly, for the first time in my life, I don't know what to say.

We are all in a state of confusion. Some more than others, but it would be delusional to think that any one of us is exactly the same as they were prior to March, 2020.  The world feels surreal. We're putting on face coverings to leave our homes. Tragedy has hit some with the loss of income or worse, the loss of someone they loved. The rest of us are uncomfortably attempting to hold on to our ways of doing things. Work, school, even something as trivial as picking up the groceries has changed.

In my area, we were dealing with a pandemic and a hurricane at the same time. People who were meant to stay home and social distance had no electricity. (For me it was nine days with no power and two with no water). We're now waiting to see if 'Delta' is going to treat us the same way!

We are inundated with panic, conspiracy theories, a very strange election season, and no foreseeable end to these crazy times. So, what do we do? We remember the things that haven't changed. We focus on our passions. We love the people who we hold dear. We turn off the news, put down our cell phones, and use our energy in ways that bring us joy. These are the times to make memories. These are the times that define us.

Sending light and love to everyone who reads this! 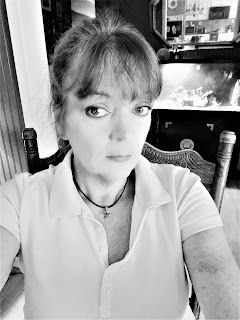 Posted by bonnietaylorauthor at 11:17 AM No comments:

Posted by bonnietaylorauthor at 1:30 PM No comments: