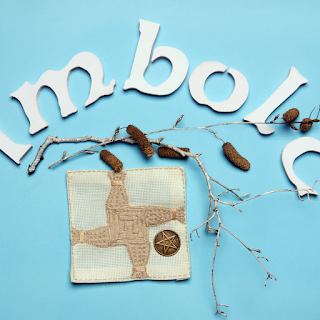 What does that mean?

In Noelithic Ireland and Scottland Imbolc was meant to signify the midway point between the Winter Solstice and Spring Equinox and is celebrated from February first through the evening of February second.

The holiday is primarily celebrated by Wiccans, Pagans, and other neopagan religions. Ibolc is the Celtic Sabbat that resides between Yule(Christmas) and Ostara (Easter) on the Celtic Pagan Wheel of the Year.

Imbolc became a festival to celebrate the goddess of fertility, poetry, crafts and prophecy.

Brigid was one of the most powerful goddesses of Celtic religion. She was the daughter of Dagda who was the oldest god in the Tuatha du Danann. According to myth, she was born with a flame on her head and was reared on the milk of a mystical cow. She was credited with the invention of keening, the traditional wailing for the dead performed by Irish and Scottish women,

In ancient times Ibolic was celebrated by crafting a likeness of Brigid out of oats and rushes, dressing it, and placing it in a basket overnight. The following day was celebrated with bonfires in tribute to Brigid.

In the Christian religion Brigid morphed into Saint Brigid who is one of the three patron saints of Ireland. St. Brigid is also the saint of milk and fire. She is the patron saint of Irish nuns, newborns, midwives, dairymaids, and cattle.

A twelfth century legend claims that the nuns of Kildare built a fire to honor St. Brigid and the fire burned for five hundred years and only women were allowed near it.

The church enacted the holiday, St. Brigid’s Day to take place on February first and replace the pagan Imbolc holiday. It is a feast day when on effigy of St. Brigid is washed in the ocean and surrounded by candles to dry. Crosses crafted out of stalks of wheat and created and called St. Brigid crosses.

Imbolc is also known as Feast of Torches, Oimelc, Lupercalia, Feats of Pan, Snowdrop Day, Feast of the Waxing Light, and Brigid’s Day.

Modern pagan celebrations of Imbolc are often small and include bon fires or fire rituals. It is a time to celebrate femininity, new beginnings, and fire.

Posted by bonnietaylorauthor at 5:59 PM No comments: 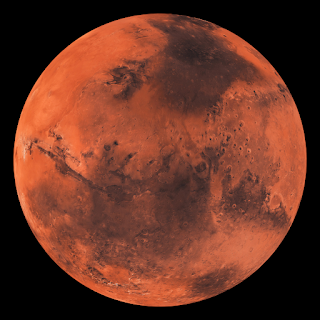 I’ve never been a big believer in astrology. Sure, I peek at my daily horoscope on occasion but I know those horoscope writers are rarely experts in the field of astrology. If I were to truly delve into astrology there would be more to it than just a sun sign. I’d be researching birth charts and educating myself on all sorts of things that I just don’t have the time or interest to invest in.

Now, moon phases and their effects on human behavior is something else. I’ve always been intrigued by full moon madness and since the moon effects the tides and we are made mostly of water, I can get behind that scientifically. This leads me to the topic at hand. If the moon really does affect us as a species do the planets in our solar system affect us as well?

Since 2019, it seems that I have been informed by the media and social media every time Mercury has gone into retrograde. I’m not sure why this information suddenly became so important. I’m fairly certain Mercury has been doing this for as long as there has been a Mercury but since we are currently experiencing our first Mercury Retrograde of 2022, I decided to look into it.

What is Mercury Retrograde

A Mercury Retrograde occurs once every four months. It was previously believed that during this time the planet changed direction and moved “backward” in its rotation around the sun. Later, astronomers determined that this is simply an optical illusion caused when Mercury briefly overtakes Earth in its orbit.

The Planet that rules communication

Mercury Retrograde is said to cause some people to feel drained and lethargic while others are feeling restless and full of chaotic energy.

They say that if you are sensitive to intuition you may become overwhelmed during Mercury Retrograde. Thoughts, premonitions, and empathy will be at an all-time high. Maintaining emotional boundaries will be difficult and will lead to energy drain.

The past comes back to haunt us

Mercury retrograde is a time of reflection and in that reflection things from the past return to us. Sadly, in some cases, this includes our exes.

They say that you should never sign a contract, make a big life decision, invest in a major purchase or cut your hair during Mercury Retrograde.

Your place in the zodiac

It is also thought that how Mercury Retrograde will affect an individual is directly related to their astrological sign. For me, a Pisces, this current retrograde is supposed to cause past trauma to resurface. Cancers will be tempted to break their New Year’s resolutions and sink back into comforting habits.

What does it all mean?

For believers, Mercury Retrograde is a real phenomenon that causes real, though not life-changing, shifts in our daily lives and overall sense of well-being.

For skeptics, planetary retrogrades are merely an optical illusion with no capacity to impact humans, energy, or human behavior.

For me, I’ll be on the lookout for communication from my ex and swiftly delete any texts that I might receive. Talk about past trauma resurfacing!

Posted by bonnietaylorauthor at 10:54 AM No comments: