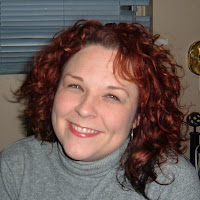 Brenda Williams Archer grew up in a small community in the middle of Cajun country on Bayou Beouf.  The house she grew up in was built in the 1950’s on the site of an old plantation.  The plantation house was torn down because of all the paranormal activity associated with it.  Doors and windows being opened, objects being moved, etc.

The house that was built on the plantation site started having similar activity, but only when she was around.  Once she moved out, all of the activity stopped in the house.  However, it never stopped for her.

She started doing research on paranormal happenings and haunting.  The more she read, the more excited she became because she realized she was not alone and that others experienced the same things.  She began going with friends to graveyards and old houses trying to find things and “speak” to spirits.

Over the years, she’s had different experiences. She has seen visions of things that happened in certain places.  She has had names pop into her head, only to find that someone with that name was either buried in the particular graveyard she was in or lived at the house she was investigating.
About a year ago, she learned of Louisiana Spirits Paranormal Investigators.  She contacted them and requested to join.  Now she belongs to the largest paranormal team in the South and she hasn’t looked back.

Brenda is very passionate about the paranormal and doesn’t mind sharing her experiences with those who may be interested. I asked Brenda to share her knowledge and experiences with me. To read my interview with Brenda, click here: Brenda Williams Archer Interview on Hubpages
Posted by bonnietaylorauthor at 9:39 PM