Can Locations Have Spiritual Energy?

What is spiritual energy?

Spiritual energy is best described as a residual footprint left in a place during a specific point in time. Many people believe that emotionally charged or traumatic events leave bits of energy behind in locations and this energy can be felt or otherwise experienced by visitors to these locations. Battlefields, cemeteries, hospitals, and prisons have all been considered places highly susceptible to spiritual energy. While these places may be prone to energy footprints, other less public places are also said to have the capacity to hold on to energy.

Some places teem with energy

Imagine going through life feeling uncomfortable in your own home. For many people, this is a reality. There are numerous tales of people moving into a home and being overwhelmed with a sense of dread, paranoia, unexplainable anger, or depression. These people claim to feel better when they leave the home but upon their return, these feelings also return.

For paranormal investigators, this is a clear sign of an energy footprint. It is believed that the human psyche is susceptible to the effects of negative energy and that this energy can actually make us sick. While this theory remains unproven, many people who believe that they have suffered from this phenomenon claim to have been helped by home energy cleansing.

Courthouses, libraries, hotels, and drinking establishments also top the list of places prone to energy footprints. Visitors claim to feel a sense of dread or see shadows which can lead one to assume the location is haunted.

Paranormal theory does define this type of activity as a haunting, however, there is no interaction between the energy and the human inhabitants. This is what's known simply as a residual haunting.

Even outdoor locations can hold on to energy. Like a battlefield at Gettysburg.  Cemeteries, forests, parks, and town squares can all provide us with a sense that there is something more around us than what our eyes can see. New Orleans visitors often recount ghost sightings in the city.

My home is surrounded by the historic and famous Kisatchie National Forest. There are many tales of energy in this forest. Some say the faint sound of Native American drums and chants can be heard in the forest in the dead of night as it was once a popular hunting ground for the Apalachee tribe.

My short story, Remembered, from the Haunted Collection, touches on the paranormal activity in New Orleans, Louisiana during and after Hurricane Katrina. 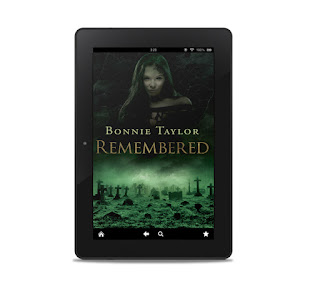 This article was originally published here: https://medium.com/@BonnieJTaylor/can-locations-have-spiritual-energy-ff0a58310d20
Posted by bonnietaylorauthor at 12:25 PM